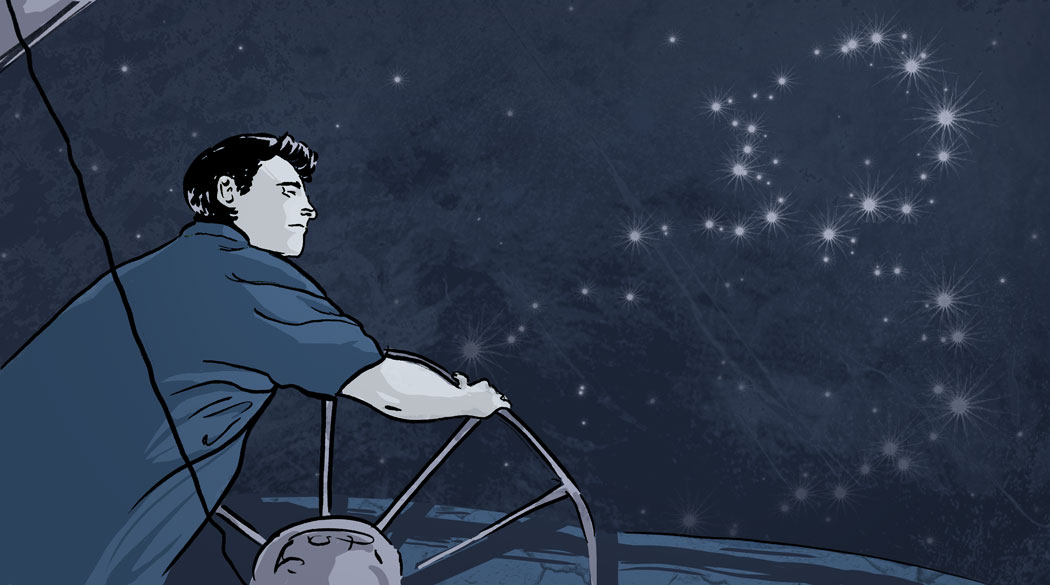 What application does cybernetics have to our work? To many, the word cybernetics sounds futuristic. These days we tend to think of it in terms of technology, but its reach is far, far broader than that. As a discipline it draws on the fields of psychology, anthropology, biology, engineering and mathematics to answer the question – what controls how a system behaves? Let’s go back to the roots of cybernetics and see what implications it has for the complex systems we are dealing with today.

The term cybernetics was coined in 1947 for a new discipline that had emerged out of research into the control of physical systems. Norbert Wiener and colleagues chose a name adapted from a Greek word meaning ‘steersman’. This, it was felt, would invoke the rich interaction of goals, predictions, actions, feedback and response in systems of all kinds: mechanical and physical systems, but also biological, cognitive and social systems, abstract intelligent processes and language[1]. Wiener’s own simple definition for cybernetics was this: Communication and control in the animal and the machine.

Cybernetics is neither holist nor reductionist. Rather, it takes the philosophical perspective that the whole can be analysed as a set of components within the context of their organisation. It is that organisation which will account for interactions between components, and the way they in turn affect the system.

One of the most fundamental concepts of cybernetics is its approach to equilibrium and change. Cybernetics takes the position that an entity behaves in a way to keep certain conditions as close to a desired state as possible – an equilibrium – and then seeks to understand the actions required to maintain these conditions. This understanding is also fundamental when applied to a system’s effort to effect change by moving towards a goal (or new equilibrium).

These efforts will be composed of, for example, observing or perceiving, organising observations, comparing these organised observations to the desired state (which is a function of memory) and taking corrective measures should the gap between current and desired state be too large. A further role of the memory may also be to record previous corrective measures used and the context in which they were taken.

The ability of the system – be it the human body or a complex enterprise – to observe, make comparisons and decisions and then be in action is the very essence of ‘steersmanship’ and hence is cybernetic.

As you can see, the implications of cybernetics touch on the most philosophical questions of our work: observation, interpretation, meaning and understanding. They touch upon who we are, where we stand in the face of reality, what decisions we make and how we make them.

In business (and in life) we like to think we make decisions based on our knowledge of a situation, yet cybernetics’ epistemological approach – where the observer and the observed are both seen as parts of the same system – suggests that our perspective, and our behaviour, cannot be separated from the system itself. Cybernetics forces us to consider what the limits to our true knowledge are and we understand that our reality may be nothing more than a self-maintained mental construction to help us get along: A mental model. And as we’ve said before, (and will likely say again!) “all models are wrong. Some are useful.”

Cybernetics puts human perspectives and behaviours at the heart of any attempt to model the complex system of an enterprise. Since humans are capable of developing their own goals and desired states the implication is profound: We can define organizations as being purposeful systems of purposeful components – people. Thus by understanding more about the motivations of the people we will come to know what truly controls the system we desire to shape.